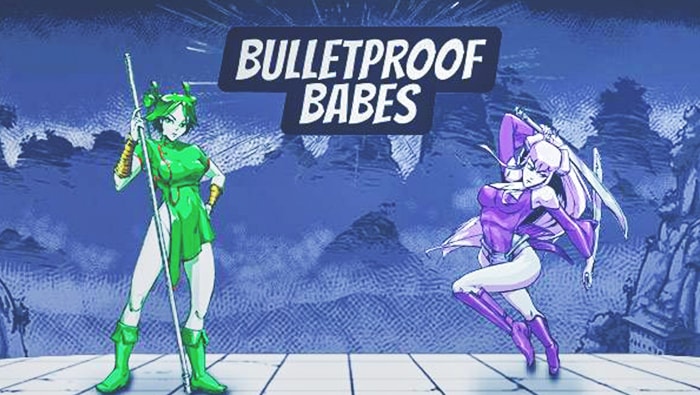 Most of the online slots you’ll play at Bovada Casino were developed by quality software providers live Rival Gaming. But there are some very interesting slot games that are unlike any other: proprietary games. Bulletproof Babes was designed specifically for the Bovada network, and it made such a splash when it was released in May 2016, it was considered one of the best slot machine games of the year.

The gameplay elements in Bulletproof Babes are similar to what you normally see when you play slots online. The main difference is in the visual appeal. The graphics in Bulletproof Babes are absolutely stunning, based on a Japanese manga theme that strikes a perfect balance between modern and traditional art. You’ll also find some special symbols that act in special ways.

The low symbols in Bulletproof Babes are inspired by the Five Elements of Japanese philosophy, represented in this case by the Flame, the Anvil, the Mountain, the Tree, and the Ocean. The Yin-Yang symbol from Taoist philosophy is also included here. The high symbols are four female fighters, the main characters in our story. You need to match three of the low symbols to win a prize, but two is all it takes for the high symbols; matching all five will earn you a prize of up to 2,000 coins.

From a gameplay perspective, it’s the special symbols where Bulletproof Babes stands out from other casino slot games. These symbols are the Moon (appearing on Reel 1) and the Temple (appearing on Reel 5). The Moon doubles your bet amount for any payline where it shows up on this 5-reel, 20-payline game. When both the Moon and the Temple appear, they trigger the Free Games feature, where you’ll get up to 25 free spins. And when they appear again during your free spins, the Moon and Temple act as substitutes for any other symbol. There’s also a Free Game multiplier that starts at 1X and can climb all the way to 10X.

The Scatter symbol in Bulletproof Babes is called Girl Fight and represented by the fist-and-palm salute. Unlike the other symbols, it pays reading right-to-left as well as left-to-right. Watch for the Wild Mistress symbol on Reels 1, 3 and 5, and don’t forget about the progressive random jackpot, which can be won at the end of any spin. Give Bulletproof Babes a try today at Bovada, and see why it’s one of the best online slots in the business.