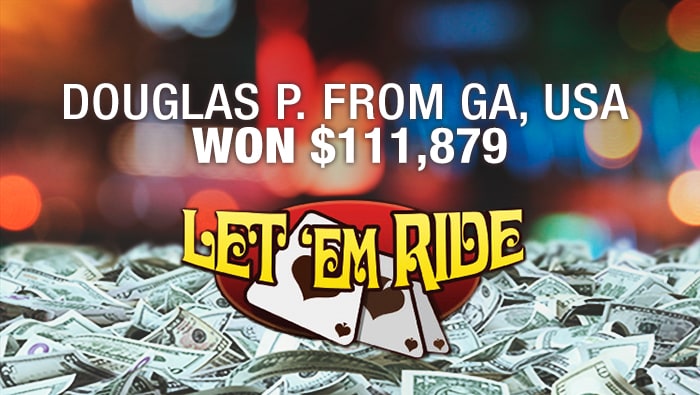 This past weekend went down in the books for one of our table game players, Douglas P. from Georgia. While playing Let ‘Em Ride, Douglas landed the poker hand we all dream of: the royal flush.

Let ‘Em Ride is a table game that’s inspired by Texas Hold’em, but instead of getting two hole cards, you get three, and there are only two community cards. Any hand consisting of a pair of 10s or better gets paid. Get a flush or better, and you also get a piece of the progressive jackpot.

Well, Douglas P. did much better than a flush. After staking $10 on the Ante, he received three hands to a royal flush. After two more rounds of betting, the two community cards completed his royal flush, and he walked away with the entire progressive jackpot in addition to his Raise payouts. The total win was $111,879. Congratulations, Douglas.