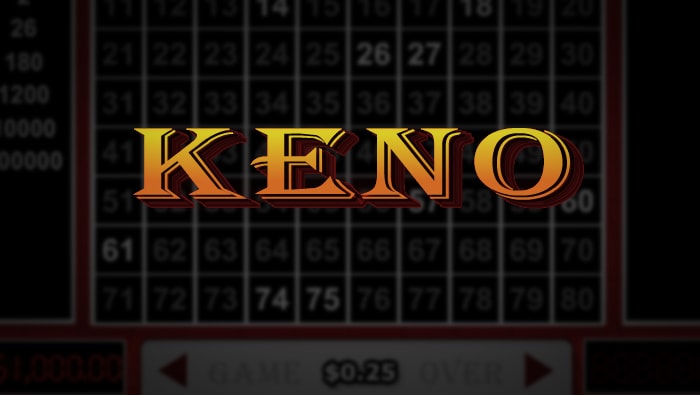 There are games of luck, and there are games of skill. Keno definitely falls into the former category. If you want a simple lottery-style game that won’t tax your brain, Keno’s the game for you – and you can play it right now at Bovada Casino. Here’s a quick look at how to play one of the most ancient games in the world.

Bet as low as one cent or as high as $10 when you play Keno at Bovada Casino. You can scroll left and right through the available denominations in the lower center of your screen.

Keno presents you with a 10-by-8 numbered grid, featuring the numbers 1 through 80 in that order. You can choose anywhere from one through 15 of these numbers at a time; the more numbers you choose, the bigger the prizes get, but the lower your odds of winning. If you prefer, use the Quick Pick button at the bottom right to generate numbers at random. There’s also a Clear button at the bottom left if you want to make changes.

Now all you have to do is click one of the Play buttons at the bottom of the screen. You can play one, five or ten Keno cards at the same time. The computer takes it from there, selecting 20 numbers at random, one after the other. Match enough of these numbers with your own selections, and you’ll win the corresponding prize displayed on the paytable – up to the maximum prize of $100,000.

That’s all it takes to play Keno at Bovada Casino. There’s no skill whatsoever involved in this game, but if you want to maximize your entertainment dollar, consider picking somewhere in the neighborhood of four and seven numbers per card. That will give you the highest rates of return on your investment. Choosing just one number is quite the opposite, and it’s not much fun, either.
At the other end of the spectrum, you won’t be able to cash in for more than the $100,000 max should you hit 15 out of 15 numbers correctly, so that takes away some of your incentive for picking as many numbers as possible. Keep it somewhere in between to get the most out of your Keno experience at Bovada, and don’t forget, you can try it for free anytime using the Practice Play mode.