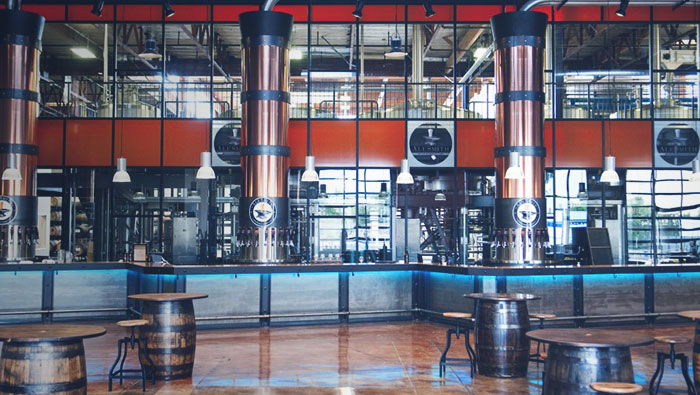 Three Breweries Worth Traveling To

With the exception of the Prohibition era, beer has been a big part of American culture since the colonial days. It’s the top beverage of choice in all of North America and certainly the most popular drink for sporting events. Every year, approximately 325 million gallons of beer is consumed for Super Bowl alone – and that doesn’t even take into account America’s pastime, baseball. With beers like Liberty Ale, #Merica!, and Brew Free! Or Die, it’s clear that beer is firmly cemented into our culture.

In 2007, Beer Advocate released a Top 50 American Breweries list, which is still just as relevant as it was nine years ago. We’re covering the top three selections; for the full list, check out BeerAdvocate.com.

Minnesota|
Surly Brewery, owned by Omar Ansari, sold its first kegs in February 2006, and 16 months later, was named the top brewery in the US by Beer Advocate magazine. The company is responsible for “The Surly Bill,” which changed state legislation, granting permission to breweries to sell pints on their premises. They’re more than political landscape shifters; Esquire Magazine picked Surly’s CynicAle for the Best Canned Beers list in 2012. Another one of their top sellers is Furious – an American IPA brewed with Scottish malt and American hops.

California
Stone Brewing Company is what happens when two former musicians, Greg Koch and Steve Wagner, connect over conversations about the oppression of American beer drinkers. The duo tapped their first beer in 1996 and took a DIY approach to distribution because they were unable to convince local beer distributors to take their new brand. Stone Brewing has since been classified as a “world-class brewery” by Beer Advocate and RateBeer, which helped the company overcome obstacles. Their highest-rated beer is an Imperial Russian Stout aged in Bourbon barrels.

California
Winner of nine medals in the World Beer Cup competition and 16 medals at the Great American Beer Festival, AleSmith Brewing has been making suds since 1995, when the original brewmaster, Skip Virgilio, opened operations with a three-person team. Seven years later, Peter Zien, a certified Grand Master level 1 beer judge, bought the brewery and established himself as the new brewmaster. AleSmith’s product line is inspired by Belgium and English beers.