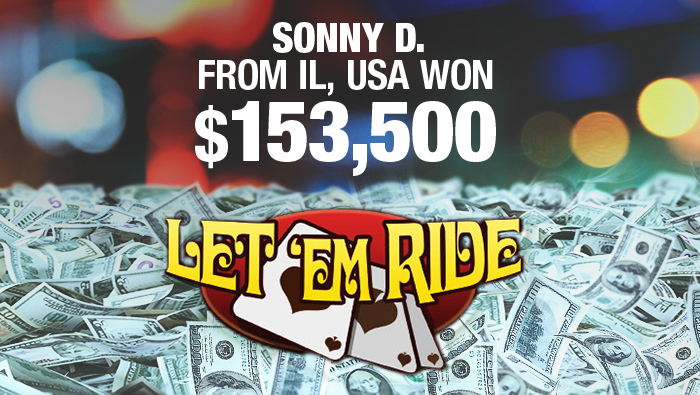 What happens when you bet the maximum and land a stellar hand? Ask Sonny D. from Illinois. He’s enjoying $153,500 in winnings after cashing in with four of a kinds – twice.

On Wednesday, April 25 at Bovada Casino, Sonny tried his luck with a $500 bet in the table game Le ‘Em Ride. This poker game deals three cards, and asks whether you want to raise or check before the two community cards are laid on the table. Sonny wound up with a three of a kind, an easy raise. He must have lost it when the community cards revealed a four of a kind, paying $76,500.

Well, luck struck twice for Sonny. In another round that night, he landed a four of a kind again. This time he had tossed the $1 chip onto the progressive side bet for an extra $500. He collected $77,000 from the second four of a kind. Not a bad night for Sonny.