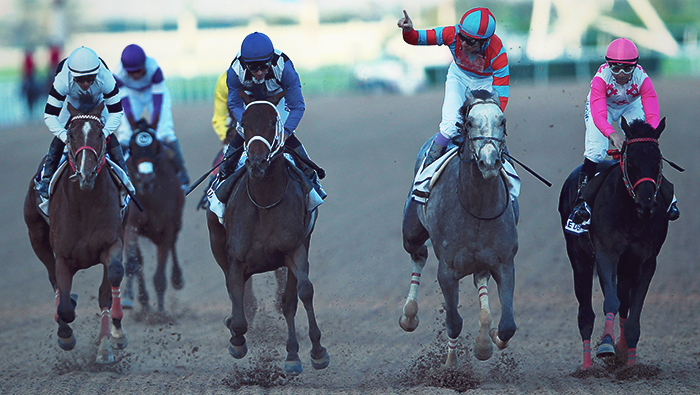 Meadowlands Racetrack, in New Jersey, hosted the 91st Hambletonian on Saturday, drawing approximately 20,000 spectators to the day-long harness racing event. Despite the healthy turn-out, numbers are down slightly from last year’s event, which drew an additional 1,800 people.

The race track has been struggling to stay afloat for a long time, and it doesn’t look like things will improve in the immediate future. Dennis Drazin, an advisor for the New Jersey Thoroughbred Horsemen’s Association, hoped that the track could get more revenue by offering sports-betting services, as is the case in Las Vegas. But on Tuesday, August 9, a 12-judge panel from the federal Third Circuit Court of Appeals voted against the motion, stating that it would violate a 1992 federal statute.

Regarding the vote outcome, Drazin said, “New Jersey racing would have been helped tremendously by sports betting, no question about it.” Jeffrey Gural, the owner of Meadowlands Racetrack was also disappointed, stating, “we cannot survive long-term without the benefit of casino[s] because we don’t have enough horses to race… the purses are so much higher in Pennsylvania and New York, where the purses are enhanced from the slots.”

There’s no doubt that Thoroughbred racing in New Jersey needs additional sources of revenue to survive, and Gural, as well as Meadowlands track employees, are now hoping that the New Jersey Casino Expansion Amendment referendum, scheduled for November 8, puts an end to the Atlantic City gambling monopoly. If the referendum ends the monopoly, two new casinos will be opened in North New Jersey, which will contribute $3 million annually to racing purses.